A system verifying the position, made for any vehicle in low light environment. 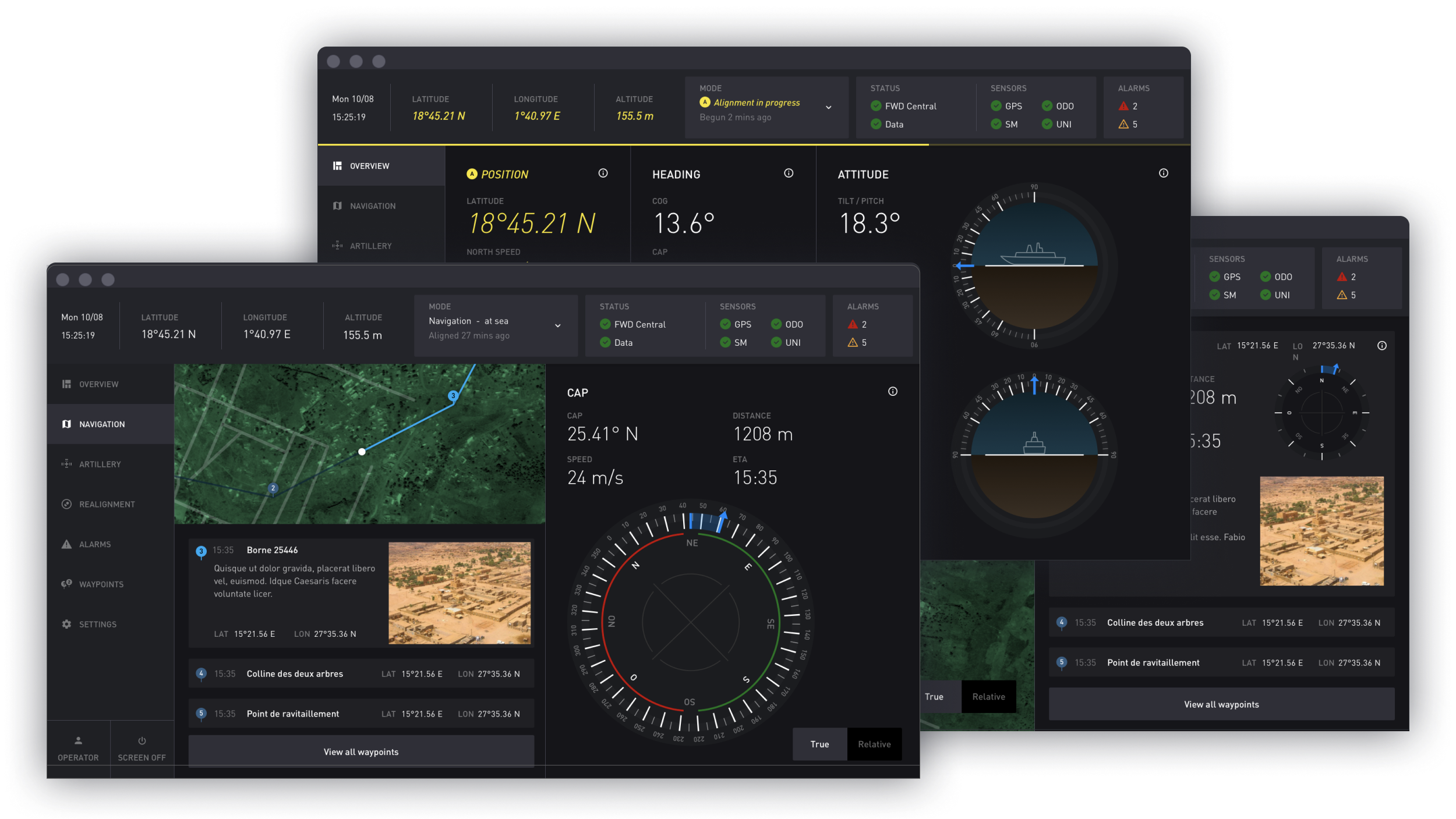 The client approached us with a clear idea in mind, we had to design a new navigation system for different kind of vehicles. from a car to a submarine. The particularity is that we couldn't see in wich context and with what other tools it would be used with and we also couldn't test the solution or get insights from users. Also the timing was very short.

We were two UX designers and a UI designer. The client team was composed of the product manager and his dev team.

Whith such short timing, we started with a first brief with the client to be able to organise the main functionalities. Then we did 5 co-conception Workshop during a month and half with wireframe conception in between each workshop. we delivered our work to the UI designer who polished the interface, giving it styles and colors. During this time, we made the UX guide to explain how the multiple screens were built to the developer team would understand our work better.

back to all projects